The Relais-Hôtel du Vieux Paris has an history all its own! Built in 1480, it belonged to the Duc de Luynes and the Duc d’O and was once the dwelling place of Pierre Seguier, the true Marquis d’O. In the 1950s and 60s, american poets adopted the site and in the same movement created the “Beat Generation”. Among them were Burroughs, Kerouac, Ginsberg, Corso.

This boutique hotel is located in the centre of Paris, close to the River Seine, Place Saint-Michel and Notre Dame Cathedral. It offers individually decorated rooms that features exposed wooden beams.

Each air-conditioned room at the Relais Hotel du Vieux Paris is equipped with free Wi-Fi, a TV and a private bathroom. Some rooms have a mezzanine, views over the Paris rooftops or a spa bath.

A continental breakfast is served daily in the classic dining area. It can also be enjoyed in the comfort of guest rooms. All rooms are accessible by a lift. 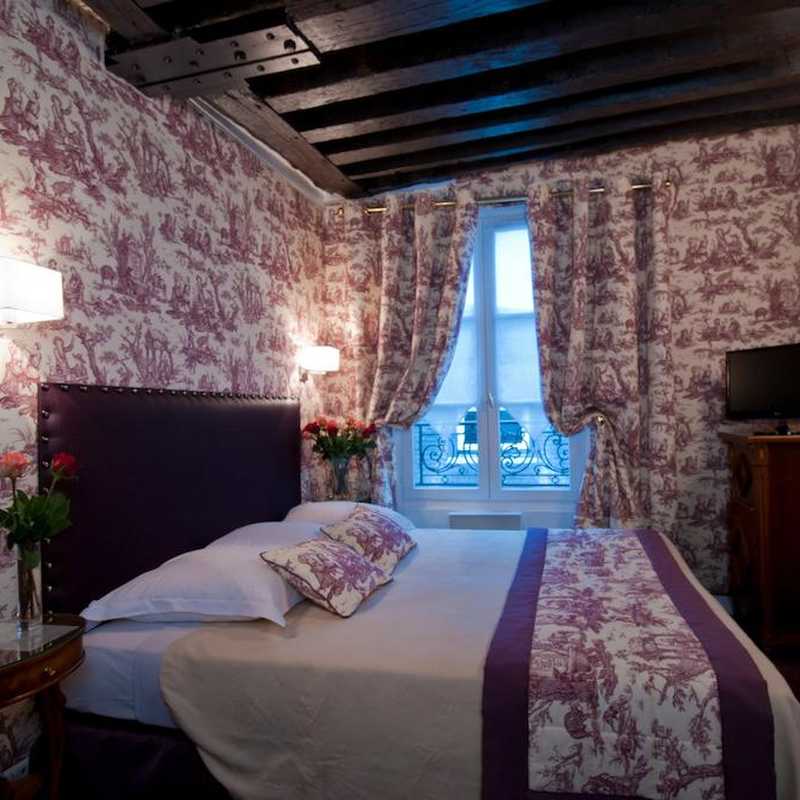